What's on your mind?

Called the slime police!
Ice cream water slide!
Dumbs her in the goat moat!
Makes her rap a song to her friends! 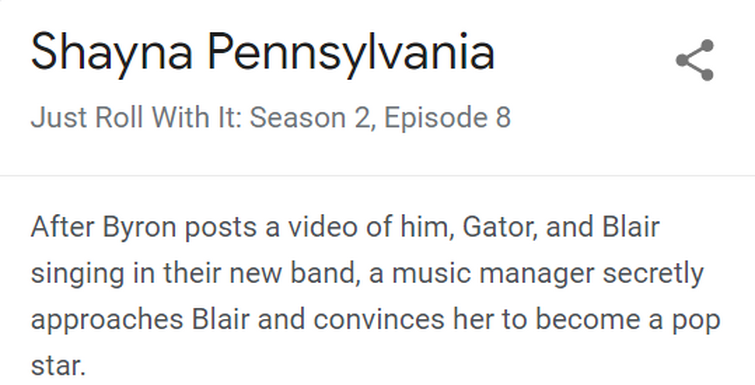 Mr. Penworth: Blair, congratulations. You earned a G for GFORCE!

What do you think about it?

Send in your replies while I tell you more.

DELAN•EY - a female WALL•E Robot with a pink and blue bow on top.

ATL•AS (or sometimes AT•LAS by Rachel Bennett) - a red and small WALL•E Robot, and little sister of DELAN•EY

Did blair get (lama)

This show is so funny and cool.

I thought this was a really great way to start of the series. Other than the random things that happened there wasn’t much extreme content but there was enough humor to keep me laughing the entire episode. All in all, I think this was a great start and I can’t wait to see more. Let me know what you thought of “Career Day Catastrophe” in a reply below.

Help us grow Just Roll With It Series Wiki